Dear friends,
You can finally watch our Picture Perfect film on YouTube. Enjoy it here and it is also available with Russian subtitles here.


Living for the Weekend

IRIZ new song Living for the Weekend is number 4 at Upfront MW Club Chart UK and number 6 at Pop MW Club Chart UK. You can download the song on iTunes as well as check YouTube channel to listen to the song and remixes.

IZM is delighted to announce that PICTURE PERFECT has been nominated for the Best Short film at the Marbella International Film Festival which took place on 5th of October.

IZM is delighted to announce that PICTURE PERFECT has been nominated for Best Short film at London Independent Film Festival and Carmarthen Bay Film Festival in Wales.


Iriz - In My Heart on iTunes

Iriz’s song IN MY HEART is on iTunes now and you can download it today!

IZM productions has celebrated their 3rd Anniversary on 29th of April at The Arts club in London. Find more photos here.

Exciting news - PICTURE PERFECT will have its USA Premiere at the WorldFest Houston International Film Festival and has also been nominated for Best Short Film. 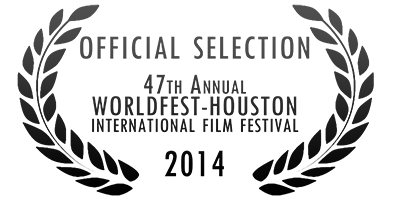 Iriz's song In My Heart is conquering UK music charts

We won again! Picture Perfect winning Best Short Film at the Cyprus International Film Festival on the 26th of October 2013. You can see the awards here.

Great news from the Venice film festival where Picture Perfect was screened on the 3d of September. www.pictureperfectvenice.com

We are finally happy to bring you video from Picture Perfect premiere that happened in London, March 2013.

We are also delighted to announce that Picture Perfect will be screening at the 7islands Film Festival in Mumbai, India in January 2014.

We are happy to announce that Picture Perfect will be screening at this year's Suffolk Film Festival that takes place on 11th-13th of July, as well as at the Electric Lantern Film Festival in Kent during September - date and time will be announced shortly.

We are delighted to announce that Picture Perfect has won the Best Director award at the Kharkov Lilac Film Festival! You can read more here and have a look at event's photos here.

We are pleased to announce a successful premiere of the Picture Perfect film, which happened on 20th of March at the Soho Hotel, London.

We have received several reviews of the event, by Kommersant UK, Angliya newspapers and The London Film Review (by David Ollerton).

Russian translations of the reviews can be found here.

IZM Productions is pleased to announce that the trailer for their half hour short film Picture Perfect - A pensioner nearing the end of his life gets a second chance at a love long gone - is now available to view at YouTube.

To the outside world, Daniel is just another grumpy old man waiting to meet his Maker. His sister Muriel's efforts to get him out into the world lead them to a car boot sale, and he surprises her with a particularly unappealing purchase that reminds him of his childhood, and a lost love. In the privacy of his own house, Daniel learns that the grungy item hanging on his wall is much, much more than he could have expected or hoped for, and as it transforms, so does he.

The recently announced 'Picture Perfect' film has been added to films page on the site.

All the film's details and information can be found at the Picture Perfect page.

IZM Productions is proud to have been a part of a Royal Charity Polo Day, which took place on 21st of July 2012, in aid of Tusk Trust & Child Bereavement.

Over 460 guests were treated to a beautiful warm English summer's day, during which they enjoyed a fantastic lunch followed by an exciting game of polo between two teams. The event was a huge fundraising success.

Special guests of the event included Lord and Lady Lloyd Webber, Sabrina Fung, Aaron Kwok, Patti Wong (Chairman of Sotheby's Asia), Lady Gabriella Windsor, Lady Clare Elliot Murray Kynynmound (daughter of 7th Earl of Minto), Lady Maddison Brudenell, Lady Henrietta Spencer Chuchill, Patti Boyd (former wife of George Harrison and Eric Clapton), Twiggy (English model, actress, and singer), Spike Edney, (English musician once part of Queen), among many others. This event builds on the success that the former captain of England’s Polo Team, Andrew Hine had over the previous two years with similar fundraising events where in excess of £160,000 has been raised over the 2 years for the charities.

Simultaneously, the Royal Salute, and the Westcombe Group teams were prepping their horses and uniforms for the main event. Prince Harry teamed up with Johnathon Munro Ford, English professional Johnny Good and Juan Crus Guevara playing for the Royal Salute team taking on The Westcombe Group Team who had leading professionals Will Emerson and Juan Ambroggio, Kola Karim and Leonora De Ferranti. After a very tight fought match, Royal Salute took the win 7 to 6 to win The 2012 Kent & Curwen Royal Charity Polo Cup. The Most Valuable Player award was given to Leonoca De Ferranti and the Best Playing Pony was Minx played by Johnny Good.

Have a look at more The Royal Polo Day 2012 photos here.

IZM Productions is excited to announce that we have just finished shooting our latest film Picture Perfect.

You are welcome to have a look at more behind the scenes photos.


IRIS - In a Thousand Years

IRIS is proud to announce her new music video “In a Thousand Years”. You can watch it right now on YouTube following this link or playing it below.

The Unconditional promo had its cast and crew screening just before Christmas and will be launched on the IZM Productions website in February. Our writer Edward Windus will commence writing the second draft of our screenplay in February.


IZM Productions is proud to support Gift of Life foundation

The event took place on 13 January 2012 at The Wallace Collection, a national museum in London. An auction together with other donations and a charitable lottery held on the night raised over £300,000 for the benefit of Russian children suffering from cancer. The evening was sponsored by Troika Dialog, private bank Coutts, law firm Padva, Haslam-Jones & Partners LLP, Kaspersky Lab and film company IZM Productions.


Reception in celebration of the launch of Martha Fiennes artwork Nativity

Reception in celebration of the launch of Martha Fiennes artwork NATIVITY. For more information visit FT and Design Week websites.

After successfully completing the pilot/trailer shoot this Summer in London and the Home Counties, the production team are in the closing stages of the post-production process with a view to screening this in the Autumn. In the meantime we have been developing the feature film script with our writer Edward Windus and have just had delivery of the latest draft of the script. For more pictures see our facebook page.

The 'digital painting Nativity' has been specifically selected by the Covent Garden Association to be launched and exhibited on a large screen in London's world famous Covent Garden district (the 'Location') and will be accessible to all visitors from 9th November and throughout the Christmas period, 2011.

Martha Fiennes has been developing a unique digital image technology, which is called 'SLOimage' over the past several months. The 'Nativity' will be the first ever art-work to be created using this unique combined technology which effectively allows an image to 'come alive'. The Nativity looks set to be a world-class artwork innovation; ‘a digital painting’ which represents art imagery within a richly innovative and powerfully compelling new technology format. The SLOimage Nativity tableau will present the timeless Christmas story with all its classic associations; Mary and Infant Child, Joseph, Magi, onlookers. The image will move through many ‘states’ of evolution and change, continually and over time. Visitors will be compelled and enchanted as to what 'may happen next'; whether there is sun, or it may snow - or drop to night-time. The possibilities are many and the picture will have an almost magic, mysterious quality. The Nativity exhibition launch in the Location will enjoy significant press and publicity driven by the PR company Edelman / JCPR, to whom the Covent Garden Association are clients. For more pictures visit our facebook profile.

Previous short films have collectively won over 24 awards worldwide and been nominated for many more including three Scottish BAFTAs, as well as having screened in numerous film festivals worldwide. They have featured the acting talent such as Kevin McKidd (Trainspotting, 16 Years of Alcohol, Rome & Grey's Anatomy), Laura Fraser (A Knight's Tale), Helen McCroy (The Queen, Harry Potter) and Tony Curran (Underworld 2 & Red Road). As well as having produced several feature films that have been distributed worldwide and nominated for a BAFTA. If you could please send your short film script, along with a biography/CV and short synopsis to: shortfilmromance@gmail.com.

Irina has now begun filming the pilot of Unconditional! The location is superb, and the whole team is very excited about the glittering cast, including Lindsey Readman, who has previously appeared in short films including The Eighth Round (2011) and Headless (2000), as well as TV series uncludingCasualty. We’ll keep you posted as the process progresses! For more pictures see our facebook page.

IZM Productions are thrilled to announce the appointment of acclaimed writer and editor Edward Windus as screenwriter for Unconditional. After an extensive selection process, Edward stood out as the perfect candidate for the job thanks to his experience, enthusiasm, and talent. Brighton-born Edward began his career as an historian and anthropologist, working in various areas of Latin America for the organisationMinewatch. He then moved into filmmaking, working on Getting Around to Brighton, a 16mm short about an Indian man who creates his very own Brighton from the different parts of his body. More recently, he has attended a multitude of screenwriting and editing courses, and has been involved in a number of projects, including the Mediterranean Film Institute Script Workshops 2006. Edward’s Spanish-set feature film Franco: The Movie was awarded a scholarship to participate in the SOURCES 2 script workshop at Cambridge University, and later went on to be selected as a quarter-finalist in the Writers on the Storm 2008 screenwriting competition. For further information, see http://edwardwindus.com/ Edward says: I’m very excited to be the screenwriter on such a strong story as Unconditional which I’m certain will turn into a very powerful piece of cinema. My first contact with Irina’s work was Tourniquet, which instantly marked her out as a talent to watch. I’m also looking forward to be working with such an experienced producer as Rebecca Knapp.


Film Tourniquet is presented in the Short Film Corner In Cannes

Film Tourniquet is presented in the Short Film Corner In Cannes.


Reception in celebration of the launch of IZM Productions

Reception in celebration of the launch of IZM Productions.


A grand finale of the League of KVN UK

A grand finale of the League of KVN UK in the Shaftesbury Theater. Irina Izmestieva (IZM) was a member of the jury assessed the performances of the teams. See details here. For more pictures have a look at our facebook page.

IZM Productions is calling all talented, young crew members to be a part of our new Crew Database. If you are either a Sound Recordist, Composer, Make-Up Artist, Runner, etc, and you would like to work with IZM Productions, then this is for you. Please contact us with your updated CV plus a link to your showreel or photo portfolio for us to see, so we might contact you when an exciting project comes along, for you to work with us.

Ubershot video competition has been launched.

Tourniquet, a short film by Irina Izmestieva is nominated for East End Film Festival 2011, which this year takes place between Wednesday 27th April and Monday 2nd May. You can view the film on YouTube: English version or Russian Subtitles version.